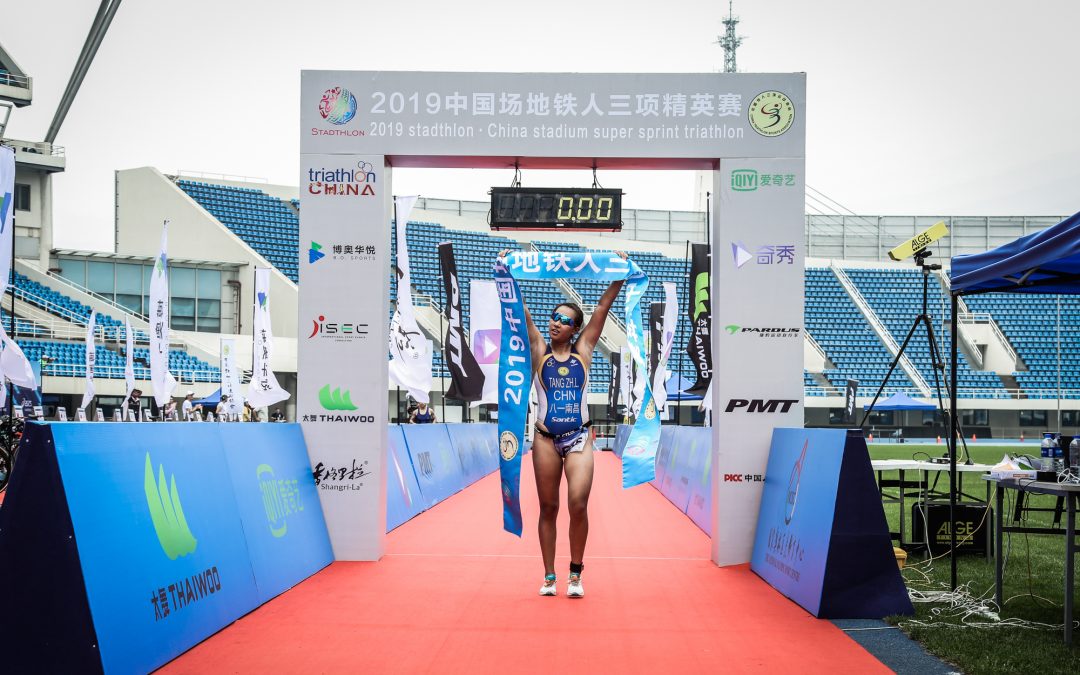 In August 2019, a brand-new triathlon formula was born in China: The Stadthlon. A triathlon composed of several phases: heats – ½ Finals – Finals, and above all taking place in the Olympic Stadium of Beijing. An exceptional setting that created a real craze, the presence of Marisol CASADO,
President of World Triathlon and IOC member, and Jian ZHANG, President of CTSA.
The success of the race and the format can be seen since 2021, with the addition of this format at the highest level of international competition. This is one of the company's greatest achievements.
After the test-event edition in 2019, the event was to be repeated to become a world reference, a triathlon hosting the best triathletes in the world. The second edition is now awaiting an improvement in the health situation in China.

No comments to show.