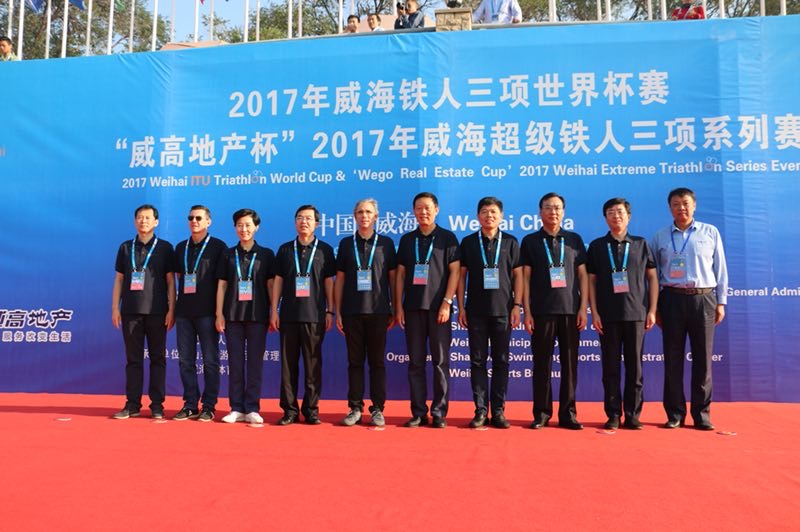 The relationship between the company and Weihai is very special, as it was the first Chinese city to host an ISEC ITU World Cup LD event.
The links that have been created are very strong, as shown by the nominations of Eric LE LOSTEC:
honorary citizen of the city of Weihai and ambassador of friendship of the Province of Shandong, from which Weihai comes. ISEC was awarded because the city is now known worldwide for its international triathlon, one of the most prestigious in Asia.

In this city of more than 2.8 million inhabitants (i.e., more populated than Paris), ISEC has organised between 2010 and 2019 international level races per year. During this period, the city has hosted numerous rounds of the Triathlon World Cup as well as a World Championship in 2014.
The collaboration with this city is a great source of pride for the company. Since 2019, we have been in regular contact to plan future international events, which will be set up as soon as we return to China.

See our videos from Weihai on youtube:https://youtu.be/dY0tGuIk16U

No comments to show.